The Husqvarna TC125 is a seriously great bike, especially for graduates from the 85cc class because for young riders, it is noticeably lighter than most 250 four-strokes.

But it’s not only young riders who will immensely enjoy the TC125, there’s plenty of play riders who don’t race, but play hard; real hard. For them, this light and powerful 125 two-stroke is the ultimate fun machine.

At 88kg’s this bike feels incredibly light…… because it is. You feel it as you flick it at will. The Brembo brakes on the TC125 are the exact same brakes that are on the more powerful and heavier FC450. To say they stop assertively is an understatement. The switch from Magura to a Brembo hydraulic clutch is a further enhancement. The WP suspension components are top class, and Husky has shortened the forks a touch, and lowered the rear end allowing the bike to corner like a dream.

The result? A bike that is very impressive, light and high performing. It’s also a bike that will embarrass wanna-be two-stroke 125cc critics who typically will look down and scoff at its size and engine capacity; because they’re the ones who likely will get passed on the track by a teenager flying by on their Husky TC125! 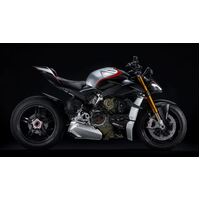 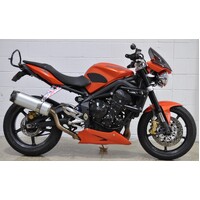